This event has already taken place! Please make sure you are in the correct year. ×
Jan
29
Sunday
Jan
29
Sun 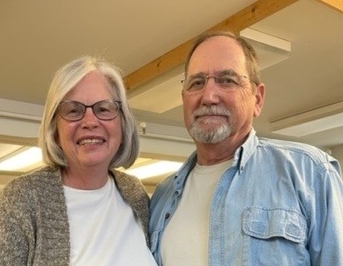 Randy and Jim Mohn present the history of 80 years of movie theaters in Kalispell as part of the museum’s 21st annual John White Series.

Starting with Randy Mohn’s grandfather’s entry at Ellis Island when he was 2, and through his journey to Kalispell, where his father, Marius Anderson, and partners bought the property where they would build the Liberty in 1923, the Mohns’ will trace the proliferation of movie theaters and moviegoing in Flathead County’s largest city. The Anderson family owned theaters such as the Orpheum (later the Strand), the Roxy, Gateway Cinema, and two drive-ins: the Sundown and the Midway.

Jim Mohn remembers that in the mid-1960s the Sundown held two screenings of “North to Alaska” in one night for which they sold 5,000 tickets per showing and traffic backed up for miles. Before that, and as movies came online as a premier entertainment, theaters were the place to be. “Ushers wore uniforms,” Randy Mohn says. “People dressed up to go to the movies.”

With her family’s eight decades in the business, before selling in 2000, hundreds of locals worked for the enterprise, representing all ages. The Mohns will present how the business was built and run, and the impact on local culture. “There are some fun stories,” she says. “Some not so fun – we’ll tell those, too.”
Get Tickets
Advertisement
Age Group: All Ages