This event has already taken place! Please make sure you are in the correct year. ×
Jun
18
Friday
Jun
18
Fri 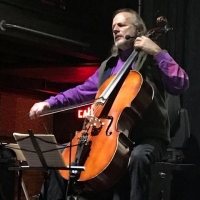 Lee Zimmerman is a Cellist and Vocalist- one of the new cello innovators- weaving cello and voice in a broad musical fabric embracing music from the middle ages to seventeenth century courtly dance to the pulse of modern urban cityscapes. Influenced by american pop music, swing, jazz, classical and world music- He brings a singular approach to cello and song to the streets, taverns, living rooms, ceremonial and concert spaces around the world. He is a songwriter and has created music for movement, theater, performance art, dance, yoga and poetry. His music is both lyrical, percussive and haunting.
Advertisement
Links: https://www.stillwaterlanding.com/live-music