This event has already taken place! Please make sure you are in the correct year. ×
Jul
25
Sunday
Jul
25
Sun 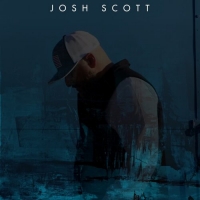 Josh Scott is a singer songwriter born and raised in Arizona. A year ago he recorded his first album produced by By Ray Herndon from McBride & the Ride who has written over 7 songs to land in the top 10 and he has written 2 number 1 hits.
Over the last 8 months he has opened up for Tracy Lawrence and Mark Chesnutt and shared the stage with Aaron Tippin, Montgomery Gentry, Doug Stone, Lee Greenwood, Lainey Wilson, Keith Anderson and David Lee Murphy.
Josh has over 50 thousand monthly listeners on Spotify and the debut Release of his single (This Time) has over one million streams.
“I’ve had a far from perfect life and I’m a far from perfect person but it’s never too late to chase your dreams and become a better human.”
Advertisement
Links: https://www.stillwaterlanding.com/live-music