This event has already taken place! Please make sure you are in the correct year. ×
Nov
08
Friday
Nov
08
Fri 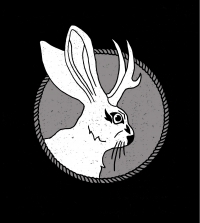 Jackson Holte & The Highway Patrol are a Grammy-eligible rock and roll band from Missoula, MT, formed by several of the town’s greasiest bar-band veterans in 2017. Jackson Holte is a hard-nosed, soft-spoken dirtbag who aspires only to possess the cathartic wit of John Prine and the biceps of Kris Kristofferson. The Highway Patrol are Brody Montgomery on drums, Tyson Gerhardt on guitar, and Marko “The Midnight Shadow” Capoferri on bass; a band hotter than the furnaces of Nebuchadnezzer.

The band released their eponymous debut EP in September of 2018 and have since shared stages with local favorites like Quinlan Conley & the I-90 Blues, Laney Lou & the Bird Dogs, and The Hasslers, as well as national acts like Quaker City Night Hawks, Hellbound Glory, Ward Davis, Lost Dog Street Band, and Reckless Kelly. They have been called “a pretty rippin’ band” by U.S. Senator Jon Tester, “a cavalcade of horses on the plains of America” by an independent Portuguese music podcast, and “heroes” by the owner of a Chinese restaurant in Virginia City.
Advertisement
Age Group: 21+