This event has already taken place! Please make sure you are in the correct year. ×
Jun
27
Monday
Jun
27
Mon 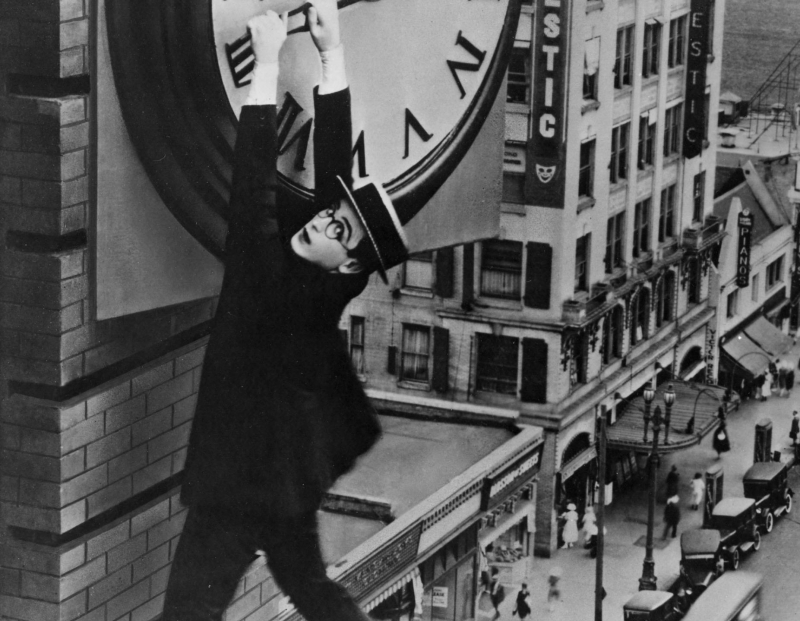 The Northwest Montana History Museum is happy to announce the next Movie Night at the Museum on Monday, June 27th, with the classic 1923 silent comedy Safety Last!

With the possible exceptions of Charlie Chaplin and Buster Keaton, no one made their mark on silent comedy as permanently as Harold Lloyd. Lloyd is lesser known than his compatriots, in part because he owned the copyrights to his films himself and kept tight control on their distribution. Lloyd also did his owns stunts in an era when stunts could be fatal. In 1919 he lost his right thumb and index finger, an injury he hid on screen for the rest of his career.

Safety Last! sees Harold Lloyd (the character has the same name as the actor)trying desperately to make enough money for his girlfriend (no name in the film) to join him in the big city. But first he has to steer clear of his self-important manager at the department store and his vagabond roommate. When the opportunity for a big payday presents itself, all that is standing in the way between Harry and happiness is a 12-story building - and the most famous clock in cinematic history.

Of course, everyone is always welcome at the Northwest Montana History Museum. However, if you have a cough, a fever, or are just feeling under the weather, we kindly ask that you visit us some other time; not only for your own health, but for the well-being of our staff and other supporters.
There is no charge for the film, and donations will be accepted to help defray the cost of showing the films. The movie and popcorn are free; wine, beer, pop and water will be for sale. Seating is provided, but film fans can bring their own floor pillows, portable chairs, or whatever is comfortable for viewing the film.