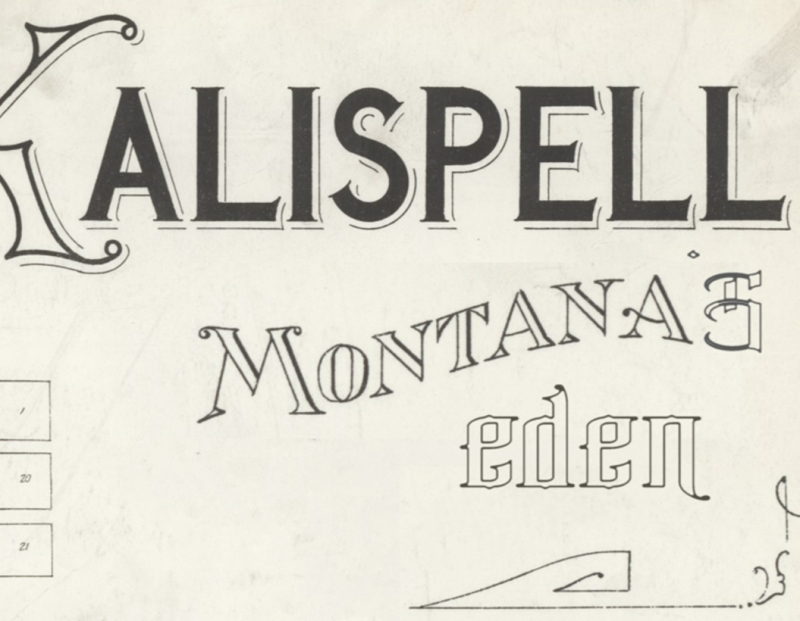 3500 people came down to the freshly-lain railroad tracks in the center of Kalispell on New Year’s Day, 1892, to celebrate the completion of the Great Northern line to St. Paul. Kalispell was officially incorporated as a city a short time later, in April. The earliest occupations in Kalispell included agriculture, flour milling, and the lumber industry. Traffic in town slowly shifted towards tourism as Kalispell became the Gateway to Glacier National Park.

The railroad brought Northwest Montana into the larger world; now, for the first time ever, the Northwest Montana History Museum is telling the story of Kalispell in a brand new, permanent exhibition that will bring the early town to life. Kalispell: Montana’s Eden tells the fascinating story of this thriving city, from the railroad’s arrival up to the present day. Highlights of the display include a 20-foot-long model of Kalispell’s 1892 Great Northern railroad depot, movie projector from the old Orpheum theatre, the first printing press of the Daily Inter Lake, THE OLDEST BALD EAGLES IN THE WORLD, and hundreds more historic artifacts!

The most ambitious project in the Museum’s existence, and the largest exhibition curated in the past 12 years, Kalispell: Montana’s Eden is a project more than three years in the making.

Everyone is invited to attend the FREE Opening Reception for Kalispell: Montana's Eden on Thursday, June 30th, from 5-7pm. The Museum will be serving the same period-appropriate snacks that the revelers would have enjoyed in 1892. To add extra pomp and circumstance to this occasion, the fine folks at Portal Spirits Distillery have been good enough to come up with some historically inspired drink recipes that they will be pouring for guests during the reception.
Advertisement
Links: http://www.yourmuseum.org/